In BE Networks we are committed to support our community and our people, by sponsoring several activities both on international and local level. Whenever possible, we get actively involved in the planning, execution and follow-up of the activities to help maximizing the impact.

Our sponsorship activities are primarily focused on awareness-raising about circular economy and support of local team sports. Examples of activities range from kids sports camps to professional sailing teams and from field hockey clubs to business incubators.

The XP 33 “X-Bie” was delivered back in 2014 to the Cleeren Family and named after Bie (Bea) who’s the godmother of the vessel and the mother of the owner, Koen Cleeren.
The team consists of an enthusiastic and ambitious group of friends and family members, all with a proven track record in the sailing world.
The secret behind the success formula of this team is their ideology, i.e. “serious sailing, serious fun!” This has been reflected in some very good results over the last few years.

The team participates mainly in IRC races, both inshore as offshore, all over Europe with a special focus on races in Belgium, The Netherlands and the United Kingdom.

IRC (International Rating Certificate) is a system of handicapping sailboats and yachts for the purpose of racing which is managed by The Royal Ocean Racing Club based in London, UK.

The team usually participates in about 10-15 races per annum, combining some traditional races with the more international ones like the Ostend-Ramsgate Race organized by RNSYC (Royal North Sea Yacht Club), the Delta Weekend @ Colijnsplaat The Netherlands and the World Championship Offshore Sailing. 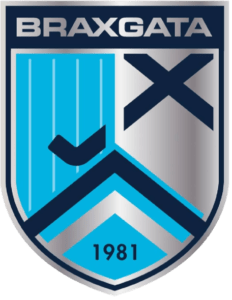 Braxgata is a field hockey club based in Boom, Belgium. The club was founded in 1979 and counts more than 1200 members, 3 hockey pitches and 1 wonderful mascot named Braximus. Both the men’s and women’s 1st team participate in the 1st National League of Belgium (Honor Division) with several championships and great placements over the years.

The most acknowledged member of the club is Loick Luypaert, who is the captain of the men’s team and member of the Belgian National team aka Red Lions (World Champions 2018). 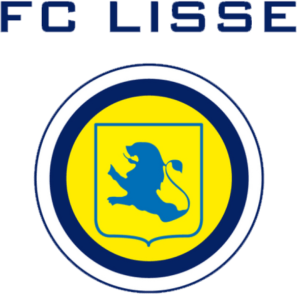 FC Lisse was founded in 1981 and is based in Lisse, The Netherlands. The club is playing on the highest amateur level since 1989, has been crowned champion three times and counts more than 1300 members.

Their jersey color is yellow and blue, which is in accordance with the city flag. Lisse is located in the bulb region (Bollenstreek), a very well-known football area for Dutch amateur football.
This is partly due to the many derbies that are played in this region but also the public interest for the matches.

There are famous football players that started their career at FC Lisse, who later became professional such as Barry Opdam (former AZ and Dutch National Team player/ 8 caps) and Edwin de Graaf (former NAC, ADO, Feyenoord). FC Lisse is also socially involved, where they work together with the charity Support Casper that does research for pancreatic cancer.